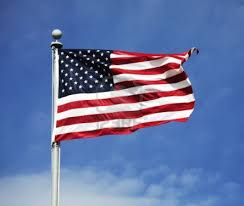 Check out washington.org‘s 10 things to do this weekend to honor veterans and fallen heroes in the nation’s capital!

1. You can’t talk about Memorial Day in DC without mentioning the National Memorial Day Parade. Put on since 2005, the parade—the largest of its kind in the U.S.—is run by the American Veterans Center and honors those servicemen and servicewomen who put their lives on the line to protect our freedoms. Set on Constitution Avenue, the march wows audiences exceeding 250,000 strong with marching bands, active duty and retired military units, youth groups, floats and hundreds of veterans. This year’s parade is set for Monday, May 25, starting at 2 p.m.

2. Arlington National Cemetery hosts an array of events to mark Memorial Day. Head to the Memorial Amphitheater at 11 a.m. on Monday, May 25 for an official Memorial Day service, sponsored by the U.S. Army Military District of Washington. Meanwhile, more than a quarter million mini flags will decorate the cemetery’s headstones. For another powerful tribute, head to the Tomb of the Unknowns, which is guarded by Tomb Guard Sentinels 24 hours a day, 365 days out of the year. Stick around and you’ll see the impressive Changing of the Guard ceremony, which occurs every half-hour until the cemetery closes at 7 p.m.

At 4 p.m. The Women in Military Service for America Memorial, located at the gateway to Arlington National Cemetery, will hold a ceremony that includes formal military honors, a keynote address, wreath-layings and the Memorial’s signature event, the scattering of rose petals in tribute to departed comrades.

3. A legion of hogs descends on DC each Memorial Day weekend for the Rolling Thunder Motorcycle Rally. This “ride for freedom” draws upwards of 900,000 motorcycle riders from all over the country who journey to honor POWs and MIAs. While the riding rally, held on Sunday, May 24, is the main draw each year, there are other Rolling Thunder events on the docket, too: a candlelight vigil will be conducted on Friday, May 22; an official vendor site, Thunder Alley, will be opened at 9 a.m. at 22nd Street and Constitution Avenue NW, on Saturday, May 23; and on Sunday evening, look for Rolling Thunder’s Saluting Our Troops concert near the Vietnam War Memorial.

4. At dusk on Memorial Day eve, the West Lawn of the U.S. Capitol transforms into a patriotic concert venue. The free performance pays tribute to those who have served our country, and with a portion of the evening being dedicated to honoring current service members, there will be many opportunities for you to recognize active servicewoman or serviceman. As for the concert, it will be co-hosted this year by Tony Award-winner Joe Mantegna and Emmy Award-winner Gary Sinise, two actors who have taken on veterans causes in recent years, and it features the National Symphony Orchestra.

5. Strolling the National Mall is a Memorial Day must-do. Start with honoring the most famous war general in U.S. History by visiting the Washington Monument. From there, pay your respects at the National World War II Memorial, which was dedicated in 2004. Etched with 58,621 soldiers’ names, the Vietnam Veterans Memorial was designed in 1981 by Maya Ying Lin, a 21 year-old architecture student at Yale. Next up, trek to the Lincoln Memorial to read one of the most powerful speeches on sacrifice: the Gettysburg Address. Nearby, the Korean War Veterans Memorial provides a unique empathetic experience with its 19 life-like, poncho-clad soldier statues.

6. One hidden gem on the National Mall is the DC War Memorial. The domed structure honors the 26,000 Washington, DC residents who served in World War I. The memorial was restored in 2011 thanks in part to Frank Buckles, the last surviving American World War I veteran. It features Roman-style architecture and sturdy columns, and was originally dedicated in 1931 by then President Herbert Hoover. Notice the nearly 500 names engraved in the base of the memorial.

7. Not far from the walls of Arlington National Cemetery is a permanent installation of one of the most iconic photographs of World War II: Raising the Flag on Iowa Jima. The Marine Corps War Memorial—known by many as the Iwo Jima Memorial—is an homage to all marines who have died defending the U.S. since 1775. The scene was originally unveiled in 1951 and offers sweeping views of the DC skyline.

8. If you’re touring the Smithsonian museums on the Mall, you’ll definitely want to pay a visit to the National Museum of American History. The permanent exhibit The Price of Freedom: Americans at War chronicles our nation’s conflicts and the many sacrifices made in the name of freedom, from the Revolutionary War to Iraq. Learn about the impact wars had on soldiers and their families and towns while also understanding how military conflicts affect the political and social landscape.

9. Before Quartermaster Montgomery C. Meigs made the decision to turn Robert E. Lee’s estate into the national cemetery, it had originally existed only a few hundred yards of President Lincoln’s Cottage on the grounds of the Soldiers’ Home. Now called the United States Soldiers’ and Airmen’s Home National Cemetery, the site conducted more than 5,000 burials between 1861 and 1863. Visit on Memorial Day for a wreath-laying ceremony at 10 a.m. and a complimentary cemetery tour to follow. The Cottage is also open for tours and it’s strongly recommended that you purchase a ticket.

10. Before you get into the swing of your Memorial Day weekend, head to Jazz in the Garden—the National Gallery of Art’s Sculpture Garden, that is—which will debut its summer series on Friday, May 22. Each week features a different band between 5 and 8:30 p.m. Bring a blanket to sit on and feel free to pack a picnic or to head to the on-site Pavilion Café for sangria and sandwiches.